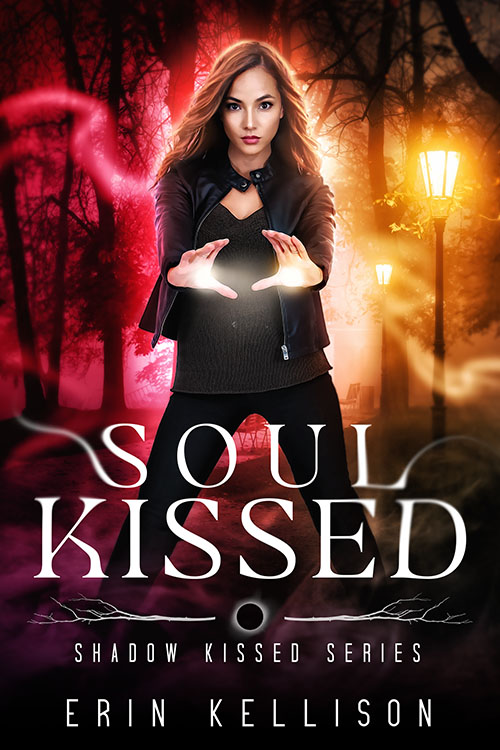 While the world slumbers in Shadow, a fatal plague has swept through magekind. No one is immune to its ravages, and now that her father is dead, Cari Dolan must wield the fearful magic of her House to save innocent lives.

At the mage Council's bidding, dangerous outsider Mason Stray joins forces with Cari to hunt down the fiend responsible. But can he trust the daughter of wealth and privilege, especially when his own son is at risk?

The princess will always welcome to her bed the warrior, even if one must pay the ultimate price...

Mason stood in the open doorway of his refuge cabin. He lifted his shotgun the moment he caught the sun glinting off the black of a Lexus LX SUV through the spare desert trees on the windy drive up his mountain.

He knew who it had to be. And he didn't care.

Didn't matter that the High Seat herself had traveled cross country and had hauled herself up this mountain. She wasn't getting anywhere near him or his son. No mage was until this scourge had passed. The May Fair Massacre had claimed seventeen lives, and many more had fallen in the weeks since. He and Fletcher were lucky to have survived, but Mason wouldn't count on luck again. He never counted on anything. Not where Fletcher was concerned.

A lizard skittered up the weather-bowed trunk of a mesquite tree. The high desert of New Mexico smelled dust dead, heat-stricken, a scorched bone of the world. It was why he'd chosen this place over his other in the east.

The car slowed to a stop, dust hovering in a cloud around its wheels. The driver's side door opened and Jack Bastian, Kaye Brand's angel consort, got out. Tall, well built, the man had a backbone like an arrow—and his mind was just as sharp, just as deadly.

Mason cocked his rifle, hating the blare of the sun overhead. "Don't come any closer!"

How many times did he have to hang up his phone on Brand to make her understand?

Jack Bastian looked over at him as he rounded the front of the car, a wry expression on his face, but his eyes hard. He didn't stop to open the front passenger door, as Mason expected, but approached the house directly.

"I'll allow no mages here, Jack," Mason called out. He'd shoot; they knew he'd shoot. "Not even her."

Jack stalked right up to the barrel of the gun. The angel had balls of steel. "You've made your point. It's just me today."

Mason glared back at the car, but no matter how hard he tried, he could not sense any Shadow within it. He swallowed to ease the fist of his heart, then lifted the shotgun so the barrel pointed to the sky.

Jack inclined his head in thanks as he bumped by Mason's shoulder on his way into the cabin.

Mason slammed the door shut behind him, forcing himself not to look at the false wall behind which Fletcher hid. Mason was glad he'd long ago sound-proofed the hidden room, a measure from when his son was baby.

"How'd you find me anyhow?" He'd chosen this remote spot on this scrub and scorpion-infested hill for a reason.

Jack looked at him over his shoulder. "I'm an angel."

"Angels track souls, not Shadow." It was how mages had hid from the Order throughout the centuries. If angels could track mages, the war between them would have been long over, in favor of Order. "I ask again, how did you find me?"

Because if Jack Bastian could locate him, then others might as well. Which meant this place wasn't safe. Mason adjusted his grip on the shotgun, his mind racing through alternatives.

"No one else knows." Jack took a seat in the center of the old plaid couch that had come with the cabin. He winged his arms out to the side to rest on the back cushions, making himself very much at home. "Not even Kaye knows."

Mason felt his sarcasm rising. "You don't share everything? No pillow talk?"

The angel still hadn't answered his question. How in Shadow's pitch had he found him?

"Have a seat, Mason." Now Jack sounded tired. "It's about to get worse, so save your anger for where it counts."