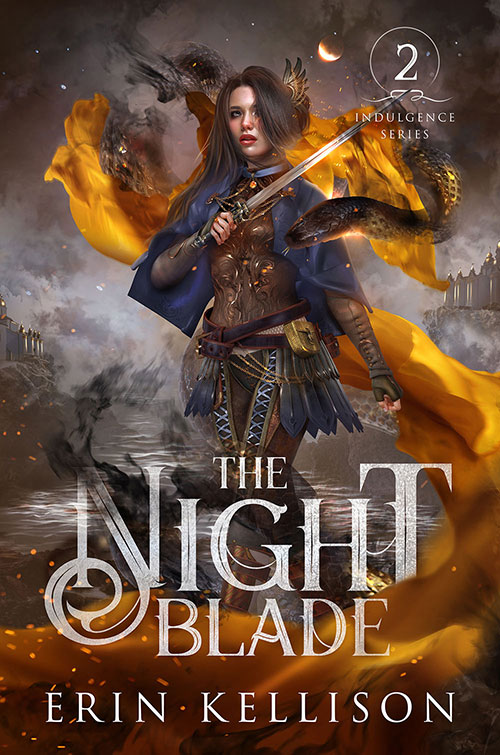 Lose yourself in the second installment of bestselling author Erin Kellison's Indulgence series, where unlikely allies must contend with savage beasts, spiteful gods…and each other to survive.

Luck isn't going Terah Crane's way. She's stuck with the prince of Fury, the arrogant scion of Pyre, who passionately hates her. Yeah, well...she doesn't like him much, either.

When a vengeful goddess captures someone Terah loves, Adomanei reluctantly joins the rescue mission to settle the debt he owes her. Enemies at heart but united by purpose, they set out upon a dangerous journey into a foreign godland to reach their quarry.

Adom's godborn talents allow him to disguise his identity, but Terah must travel under the cover of darkness, even if it takes them into the belly of a mountain beast and across a sea of bones. A cryptic clue suggests that Terah has allies among the ghosts of Phemerae—if only she can find them. But Adom doesn't trust anyone who strives against the gods.

Beset by monsters and pursued by spies, Terah and Adom are forced to watch each other's backs, learn to speak with a glance, and be there when the other falls. But will it be enough? Because a malevolent Power stalks them, utter ruin on its mind, and Adom and Terah find themselves trapped together in an intrigue of the gods that will change their world.